The whole animation project can feel like a daunting feat, but it doesn’t need to be! That’s why I’ve boiled down the process to an easy to understand, streamlined workflow. I make diverse styles of animations, for a diverse range of clients. Embarking on an animation as a client or agency might be foggy new territory, so we’ve made this step-by-step guide to outline how it all works. Please note that every project is different and the stages may vary.

At agreed dates and times in the schedule marked ‘feedback’, the client has the opportunity to review and provide feedback on the work. The amount of feedback that can incorporated at each stage depends on the schedule and budget agreed at the start of the project. Prompt feedback is important to ensure we keep the process moving, and it’s always useful to get the requests listed in priority order, so we can work out what to tackle within the agreed timeframe and budget if there are limitations.

At points marked ‘approval’ or ‘sign-off’, I need the latest version we have sent to be signed off by all key stakeholders. This means it is fully approved and I can move on to the next stage of production.

First, I start by understanding exactly what the client desires from the project or campaign. For example, goals, target audience, strategy, competition and key messages. From this, we will prepare a brief which I will follow in each upcoming stage. It is always hugely helpful to get references from the start so I have a good idea of the look and feel the client is after. I take these on board, yet always deliver something that is unique and tailored to the brief. We then agree on a delivery date for each stage so you know what you will receive and when you will be able to provide feedback.

If the client is supplying a final script and/or voiceover (VO), we’ll need to see these at this point. Alternatively, if I’m asked to do any script-editing or order a VO, I’ll get started on that after the initial chat.

How long will it take?

This will very much depend on the scope of the project. I will be able to provide a rough time frame on our initial meeting, and once a brief has been confirmed, a more detailed breakdown can be supplied.

It’s not uncommon for clients to supply a rough script, but if you don’t have one, don’t worry, I can help guide you. If a script is supplied, I can edit a draft to ensure it will translate ti animation in an engaging, succinct way. The client or agency knows the story they want to portray better than anyone, so I work with them to get the tone and message just right for their brand and objectives.

At this point, it’s worth having a think about who is going to tell the story. If the client has any VO references, it’s helpful for them to share these so we can help select the perfect voice talent. Once the script and/or VO is fully signed off, we’ll get ready to progress to the next stage.

Once there is a script and have discussed references and styles during the conceptualisation stage, we can begin to visualise a few points of the story to see how it could look as a still image with different options.  I then take feedback and perfect them to the clients’ taste. I can also work with supplied designs, too!

Every animated production company has its own process and methodology, but style frames are very important for a few reasons:

The storyboard shows the building blocks of the animation, and provides an idea of how the voiceover will match up with the visuals. Once a style has been chosen and you are happy with the way it will look, I create a drawn storyboard to make sure I have got the content correct for your story laid out scene by scene. This will be provided as a slideshow presentation, using Google Slides. All the key scenes are mapped out to give the client an overview of how the animation will support and enhance the script. It’s important to note that the style frames in the previous stage provide the visual direction—the storyboard is purely for narrative explanation.

Animation is time-consuming, so sharing the storyboard with the client ensures that they are happy with the path we’re about to take together and avoids delays later down the line. The client will have the opportunity to review and feedback on this—the number of times depending on the schedule and budget for their project as agreed from the outset.

We will have discussed the voiceover during the conceptualisation stage. At this point we will already have discussed voiceover options and will have sent the script off to the narrator. From experience, voiceover talent usually work on extremely quick turnarounds. So it is not uncommon to order a voiceover in the morning, and have the recording received by the afternoon.

Music is an integral part of the animation, this sets the tone for your video and provides the ability for the audio to be stuck in the audience’s head, being replayed over and over. For them to correlate that music to your business/product/service provides an incentive for them to return.

An animatic is a helpful way to pull together everything we’ve got so far and create a fully timed-out rough film. Its purpose is to demonstrate timing, flow and pace alongside key movements and transitions.

Note that this will not include any finesse. For example, rather than a character walking through a park, there will be a picture of a character sliding along a background image of a park. I’ll supply the client with an animatic as a low resolution MP4 file. Take a look at this example for a reference.

At this stage having a signed-off VO recording makes for very happy animators! It is possible to use a VO placeholder, but any changes down the line may impact workflow, timing and costs.

In some cases, whether due to budget or a quick-turnaround timeframe, an animatic may not be possible to provide.

My favourite part of the process – animation time! During this stage I’ll be doing what I do best: bringing the story to life frame-by-frame and creating those enchanting moments that turn the piece into something truly magical and memorable.

The reason I devote time and attention to the previous steps is to ensure everything is in place before I get stuck into the animation itself. All the above stages need to be signed off before I can get started, as it’s much harder to change anything after this point. It is possible to step back and amend things, but this might affect timings and cost for the client so I try to avoid it as much as possible.

The final round of the audio treatment process – I add sound effects to make the animation have a lot more interest and depth. Movements and transitions are greatly improved once sound effects are added. Using the right sounds can really add significant realism and to your video. With a keen ear for audio detail as a hobbyist music producer, you can have confidence that the audio treatment isn’t just a simple ‘drag-and-drop’ process. I make sure that the audio receives a full mix and master to ensure it sounds great on all systems.

Alternatively, for larger-budget projects, an audio production studio can be hired to perform this section of the video.

When you’re happy with the final result, I can export your deliverables without watermarks with utmost confidence and ease of use. Any changes beyond this point are possible but may incur additional costs and impact deadlines, so we try to steer clear of this. Export and delivery can take some time depending on the size and nature of the project I’m supplying, but it’s worth the wait when the final piece of magic arrives in the hands of the client.

And that’s it—a shiny new animation to share with the world!

Suggesting amendments which would take the project back a stage could incur additional costs. To minimalise the chance of this happening, there is a confirmation of sign-off at every stage, so you can retain confidence that your project is being created to your specification.

Got a project you’re interested in discussing with me? Use the contact form to the right to get in touch!

[contact-form-7 id=”9162″]
Stu has been a fantastic person to work with! Their hard work and dedication to quality is contagious, and drives you to do the best you can on any project. His organization and communication skills are insanely valuable, and he makes everything as stress free as much as he possibly can for everyone involved. He's very professional, friendly, selfless, and cares deeply about the well-being of the people he works with. 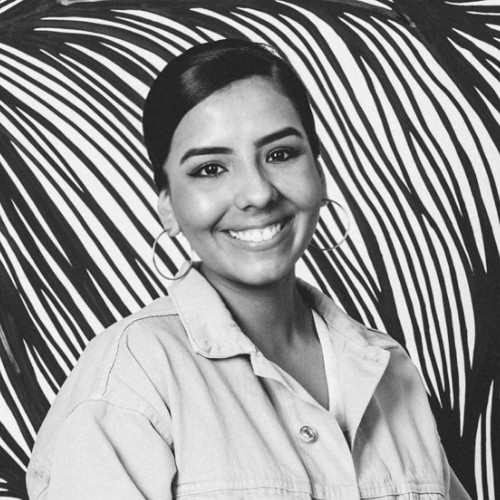 Stu is a very responsible and talented motion graphics designer, always ready to collaborate in projects of creative nature. He is a good communicator and a team player, that never hesitates to provide his expertise when needed. I vouch for him 100% as he would be an invaluable asset for any creative team! 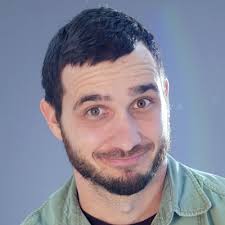 Stu did a great job providing what was asked for in a timely manner. Will use again.